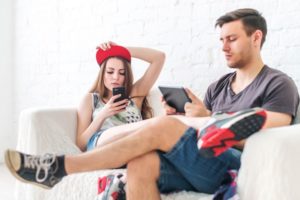 This page contains actual dating experiences submitted by visitors to Attraction and anyone else who wishes to share a humorous or informative personal account.

Contribute a story:
Have you had an interesting (good, bad, or ugly) dating adventure?
or send it via email. All items are subject to edit. Tell us how you’d like it signed (such as ‘Lover in CA’ or ‘Jane, New York,NY’).   Humorous stories are preferred and you’re encouraged to include a “lesson learned”. No full names are allowed.
Thanks for your input!

Meeting the Kids
We met via a newspaper personals ad. Even though I prefer meeting women without children, I hadn’t been on a date for a while, so I lowered my standards. Both being busy, we agreed to meet at a nearby McDonalds, since it would be convenient. I told her she could bring her two boys, thinking it would be wise to be more aware of such an integral part of her life.
Big mistake! The general commotion of a fast-food place was bad enough… We sat near the play area so her little darlings could stay occupied. They did so by throwing plastic balls at me. It was pathetic!
—‘Bruised’ in Upland, CA

Lesson:1. You can always meet the kids later. Take time to get to know the parent first!
2. McDonald’s isn’t a romantic place to eat. At least go to a diner and sit in a booth.
3. If you do go to McD’s, for Pete’s sake, stay away from the play area!

Our First Date
On our first date, he was coming over and I suggested a new restaurant to have dinner at. I was new to Brooklyn, but had been told of a good pasta place. So we set off and got into the general area, but couldn’t find it. We got lost, but I kept saying, “It’s around here somewhere!” Needless to say, we joked about the whole thing in the car and were laughing about me getting us lost…
We finally found it and went in. I was so nervous that the pasta fell on my lap—and I couldn’t eat a thing for the rest of the night!

Lesson: This couple eventually married and has two beautiful daughters. If you can laugh off an embarrassing situation, it can pay off in the end!

Kiss it Goodbye!
We had gone on just a few friendly dates when she told me she was a little behind on some bills and asked if she could borrow $20 or $30. The warning alarms sounded, but I took the money out of my wallet anyway.

When I called her the next week to set up another date, she said she was back together with her old boyfriend and talking marriage, but she’d mail my money back to me. I figured I’d never see it again, but four days later, her money order arrived, along with a sweet thank-you card, which now had me feeling bad for thinking the worst.
–Wilmington, DE

Lesson: There are considerate people out there who could just use a hand sometimes!

Looking at Manhattan Real Estate Gentlemen? Beware, You May Be Getting More Than You Bargained For

Submitted by becausedatingsucks
I have had more than my fair share of longer than they should be relationships. I always seem to hold on to a bad situation for no reason other than my commitment the self-deprecation theater showcased for my friends and relatives on a daily bases.

Upon review of my last two boyfriends, on the surface they are complete opposites, from physical appearance, careers, age, maturity level, and any other human characteristic. The second one hit the first ones level of “Jessica how the hell did you stay” about two months in and I was so deep into act two of my performance, that I literally let him ruin the next seven months of my life so I could keep the curtain open.

The other day I met someone who I didn’t hate and was willing to tolerate for several hours in a row in, a tiny club, at an even smaller table. If this had been anyone else other than Jason Segel, I probably would have chosen my go to option and run like hell out of there. I am not making anything out to be something it isn’t given that its been two days. He isn’t the worst person in the world and has yet to bother me which is considered an accomplishment.

Now to the point, hat is he doing right now? Moving to a new apartment. At first I was not at all happy that he refused to wait to hang a button down shirt and read something that I need feedback on immediately before I get bored and was left to my own devices, which is never good. In a shocking, out of character move, I chose to forgo the usual temper tantrum (I have no clue what is going on here) and “act normal.” Since my head was usually clear, I realized he ended up giving me a gift that will surely keep me laughing (more so concerned) for the rest of time. The gift was a link between my last two boyfriends and the mythical creature that is the guy who lasted at least two days before joining the others and licking my elbow or something of that ridiculous nature.

Finally, the dots have been connected on the dart board that I refer to as my dating life, thus leaving me scarred with knowledge that my type is so ridiculous I seriously need to consider a visit to Bellevue or Lennox Hill at the least. My type happens to be “guys who have moved within the past 7 days”. That’s right. I reduced myself to a housewarming gift. I choose to give my sanity and precious time rather than a plastic tree or mug. I think I need to stock up on some things at bed Bath and Beyond in the event that I see a moving van and need a reminder that a candle holder is a perfectly appropriate gift.