Imagine This: Awakened by morning sunlight streaming through your window, your first thought today was a single, stunning realization. No, it wasn’t a nightmare. The man in bed next to you is not the man you married. He is a complete stranger with a fabricated persona. 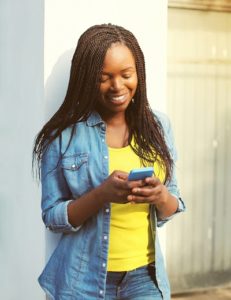 Deborah Nelson of Colorado Springs, CO, knows first-hand the shock of this terrifying scenario and is helping prevent it from happening to others. In her true story, “Oops, I married a Con Artist,” Nelson proves that now, more than ever, singles need to know the identity of the people they are dating.

The crime of identity theft in financial transactions is costly, but is also beginning to infect personal relationships, especially amongst the dating population. Due to the phenomenon of Internet anonymity, it is estimated at least 50% of dating profiles (roughly estimated 25-30 million in the United States) are false; thereby making the remaining genuine online daters vulnerable to fraud.

Those who harvest trust from love relationships to gain access to identity information and assets can easily camouflage theft inside of love and marriage. Shielded by civil and community property law, they are rarely prosecuted. For people engaged in romantic risk, a new patent pending system invented by Nelson verifies identities in order to limit the escalating reality of relationship fraud.

The Dating Passport. invented by Nelson, also saves time wasted on unwanted false and frivolous online dating interactions. In an environment of online anonymity; the safe dating tool also solves the problem of unknowingly dating married persons, along with preventing other fraud issues yet undiscovered due to proliferation of online anonymity.

For an annual fee about the cost of one special date, The Dating Passport (patent pending) certifies its members identities through a secure voluntary online application. When Dating Passport members want to verify each others’ identities, they agree to exchange Dating Passport Numbers. The annual fee covers its members by continuously giving them access for exchanging dating ID, and members have the security of knowing whom they are dating. Marital status, and other “datability factors” are verified, critical to know at the start of a relationship. The Dating Passport also includes a photo verification option to guard members against being drawn in by fake dating profile photos.

“If you are involved with a Dating Passport Member, you know who they are,” said Nelson. “In the world of online anonymity, The Dating Passport is the only safe dating tool available; it offers continuous protection to prevent the devastation of relationship fraud. Dating Passport holders have volunteered their identity information with nothing to hide.”

Ms. Nelson a writer/creative entrepreneur/inventor is the owner of several small businesses, including The Dating Passport (www.thedatingpassport.com) and is a self-employment coach as well as nominee of the Entrepreneurial Excellence Award given by WORKING WOMENS MAGAZINE. She is a published author and Founder of After School University and The University of Self Employment.

The Dating Passport (patent pending) is issued from the Web site, www.thedatingpassport.com. A complimentary copy of Nelson’s story, Oops, I Married a Con Artist, can also be obtained on the site.