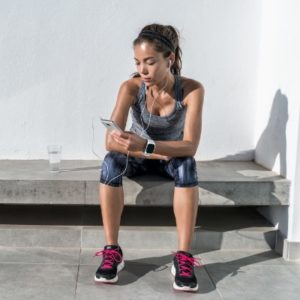 Here’s some Dating and relationships humor, plus funny videos to brighten your day. Beware of sexual content!

Funny Condom Slogans
1. COVER YOUR STUMP BEFORE YOU HUMP!

2. BEFORE YOU ATTACK HER, WRAP YOUR WHACKER!

3. DON’T BE SILLY, PROTECT YOUR WILLY!

4. WHEN IN DOUBT, SHROUD YOUR SPOUT!

6. YOU CAN’T GO WRONG IF YOU SHIELD YOUR DONG!

8. IF YOU THINK SHE’S SPUNKY, COVER YOUR MONKEY!

9. IF YOU SLIP BETWEEN HER THIGHS, BE SURE TO CONDOMIZE!

10. IT WILL BE SWEETER IF YOU WRAP YOUR PETER!

12. WHEN YOU TAKE OFF HER PANTS AND BLOUSE, ZIP UP YOUR TROUSER MOUSE!

14. NEVER, NEVER DECK HER WITH AN UNWRAPPED PECKER!

16. THE RIGHT SELECTION WILL PROTECT YOUR ERECTION!

17. WRAP IT IN FOIL BEFORE CHECKING HER OIL!

18. A CRANK WITH ARMOR WILL NEVER HARM HER!

Senior Sex
Howard is 95 and lives in a senior citizen home. Every night after
dinner, Howard goes to a secluded garden behind the center to sit
and ponder his accomplishments and long life.

One evening, Mildred, age 87, wanders into the garden. They begin
to chat, and before they know it, several hours have passed. After a
short lull in their conversation, Howard turns to Mildred and asks, “Do you know what I miss most of all?”
She asks, “What?” and he replies SEX!!!”

Mildred exclaims, “Why you old fart, you couldn’t get it up if I
held a gun to your head!”
“I know,” Howard says, “but it would be nice if a woman just held it for a while.”
“Well, I can oblige”, says Mildred, who gently unzips his trousers, removes his manhood and proceeds to hold it.
Afterward, they agree to meet secretly each night in the garden
where they would sit and talk and Mildred would hold Howard’s manhood.

Then, one night, Howard didn’t show up at their usual meeting place.

Alarmed, Mildred decided to find Howard and make sure that he was O.K. She
walked around the senior citizen home where she found him sitting by the
pool with another female resident, Ethel, who was holding Howard’s manhood!

Furious, Mildred yelled, “You two-timing creep! What does Ethel
have that I don’t have?!?” 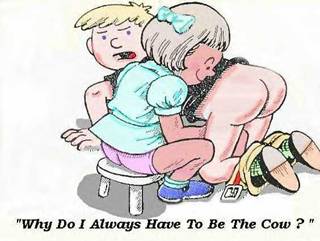 A little boy and girl go trick or treating. They knock on the door of this house.
The man who answers it says, “Well, you two are awful cute. Who are
you supposed to be?”
“We’re Jack and Jill” she replied.
The man says, “You can’t be Jack and Jill, you’re black!”
So, they go
off and a while later they come back dressed differently.

They ring the doorbell and once again and the man opens the door.
“Well, now, that is just darn cute. Who are you this time?”
“We’re Hansel and Gretel” says the little boy.
“Well, I hate to disappoint you son, but you can’t be Hansel and
Gretel because you’re black!”
Heads hung low, they leave.

Not too much later the man hears the bell ring again.
This time when he opens the door there stand the two children but
this time they are BUTT N*A*K*E*D.
“Oh my! And just who are you supposed to be now?” he asks.

A bus stops and two Italian men get on. They sit down and engage in an animated conversation. The lady sitting behind them ignores them at first, but her attention is galvanized when she hears one of the men say the following:

“Emma come first. Den I come. Den two asses come together. I come once-a-more. Two asses, they come together again.
I come again and pee twice. Then I come one lasta time.”

“You foul-mouthed swine, ” retorted the lady indignantly. “In this country we don’t talk about our sex lives in public!”

“Hey, coola down lady,” said the man. “Who talkin’ abouta sexa?
I’m a justa tellin’ my frienda how to spella ‘Mississippi’.”

Expensive Golf Game
Four old timers were playing their weekly game of golf, and one remarked how for Christmas this year he’d love to wake up on Christmas morning, roll out of bed and without an argument go directly to the golf course, meet his buddies and play a round.

His buddies all chimed in and said, “Let’s do it! We’ll make it a priority, figure out a way and meet here early,Christmas morning.”

Months later, that special morning arrives, and there they are on the links.

The first guy says, “Boy this game cost me a fortune! I bought my wife such a diamond ring that she can’t take her eyes off it.”
Number 2 guy says, “I spent a ton too. My wife is at home planning the cruise I gave her. She was up to her
eyeballs in brochures.”
Number 3 guy says ” Well my wife is at home admiring her new car, reading the manual.”

They all turn to the last guy in the group and he is staring at them like they have lost their minds.
“I can’t believe you all went to such expense for this golf game. I slapped my wife on the butt and said,
‘Well babe, is it sex or golf?’ and she said, ‘take a sweater’.

Know Your Lover!
AFTER A LONG NIGHT OF MAKING LOVE
THE YOUNG GUY ROLLED OVER, PULLED OUT A
CIGARETTE FROM HIS JEANS AND SEARCHED
FOR HIS LIGHTER. UNABLE TO FIND IT, HE
ASKED THE GIRL IF SHE HAD ONE AT HAND.

“THERE MIGHT BE SOME MATCHES IN THE TOP DRAWER”, SHE REPLIED.

HE OPENED THE DRAWER OF THE BEDSIDE TABLE AND FOUND A BOX OF MATCHES
SETTING NEATLY ON TOP OF A FRAMED PICTURE OF ANOTHER MAN.

NATURALLY, THE GUY BEGAN TO WORRY. “IS THIS YOUR HUSBAND?” HE INQUIRED
NERVOUSLY.

“NO, SILLY,” SHE REPLIED, SNUGGLING UP TO HIM.
“YOUR BOYFRIEND THEN?” HE ASKED.
“NO, NOT AT ALL,” SHE SAID, NIBBLING AWAY AT HIS EAR.
“WELL, WHO IS HE THEN?” DEMANDED THE BEWILDERED GUY.

CALMLY, THE GIRL REPLIED, “THATS ME BEFORE THE OPERATION.” 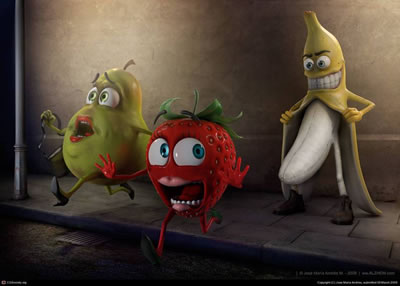 The female pharmacist assured him that she was completely professional
and whatever it was that he needed to discuss, he could be confident that
she would treat him with the highest level of professionalism.
The man agreed and began by saying, “This is tough for me to discuss,
but I have a permanent erection. It causes me a lot of problems and severe embarrassment. So I was wondering what you could give me for it?”

The pharmacist said, “Just a minute, I’ll go talk to my sister.” When
she returned, she said, “We discussed it at length and the absolute best we
can do is, 1/3 ownership in the store, a company car, and $3000 a month
living expenses”.


Wedding Night Surprise
Boudreaux out on the golf course gets hit wit a high speed ball right in de crotch. Writhing in agony, he falls to de ground. As soon as he could manage, he took himself to Doctor Thibodeaux and ask, “How bad is it doc? I’m gonna be on my honeymoon next week and my fiancé is still a virgin in every way.”

Doctor Thibodeaux tol him, “I’ll have to put your ting in a splint to let it get better and keep it straight. It should be okay by next week.”
So he took four tongue depressors, make a neat little four-sided bandage and wired it all together, an impressive work of art for Dr. Thibodeaux.

Boudreaux mentions none of this to his Kloteel, marries and goes on his honeymoon to New Orleans. Dat night, in the motel room she rips open her blouse to reveal a gorgeous set of knockers. Dis was the first time he saw them. She said, “You’re the first, no one has ever touched these breasts.”

He whips off his pants and says, “look at dis, it’s still in the CRATE!”